The biggest night of music happened last night and as expected – it was amazing. The Grammy Awards night was filled with powerful performances by many artists including Adele who sang ‘All I Ask’ flawlessly, Kendrick Lamar, Taylor Swift, Carrie Underwood, Sam Hunt, Ellie Goulding, Andra Day and 12-year-old pianist Joey Alexander. Well deserving talents received the award and all in all it was a great event. But aside from the actual award madness, people like me were looking forward to the fashion brought on the red carpet by style icons and their choice for the Grammy Award 2016 dresses. Here are my top 7 Grammy Awards 2016 Best Dressed Celebrities followed by a list of winners. 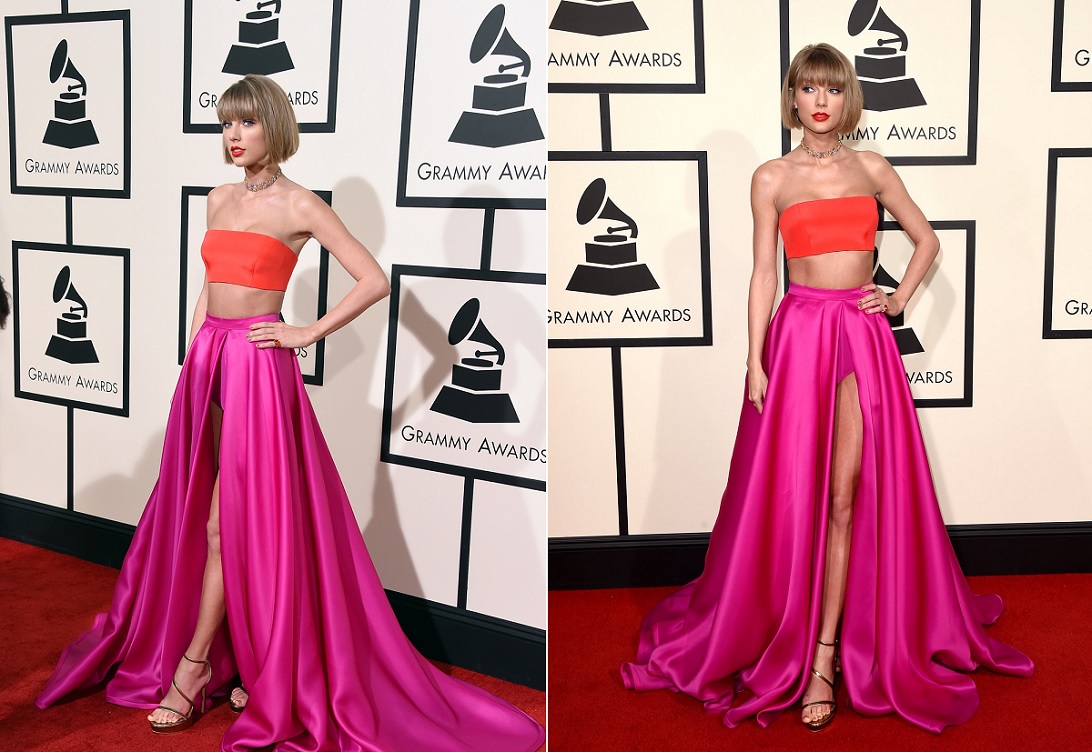 I love the color combination Taylor Swift chose and how gracefully she pulled off the look. The ‘Bad Blood’ singer looked ravishing in an Atelier Versace red cropped top and pink satin maxi skirt. She wore her signature red lipstick and completed her Grammy award look with a statement necklace.  This sexy dress is a great option for the younger fans whose looking for a classy dress alternative. 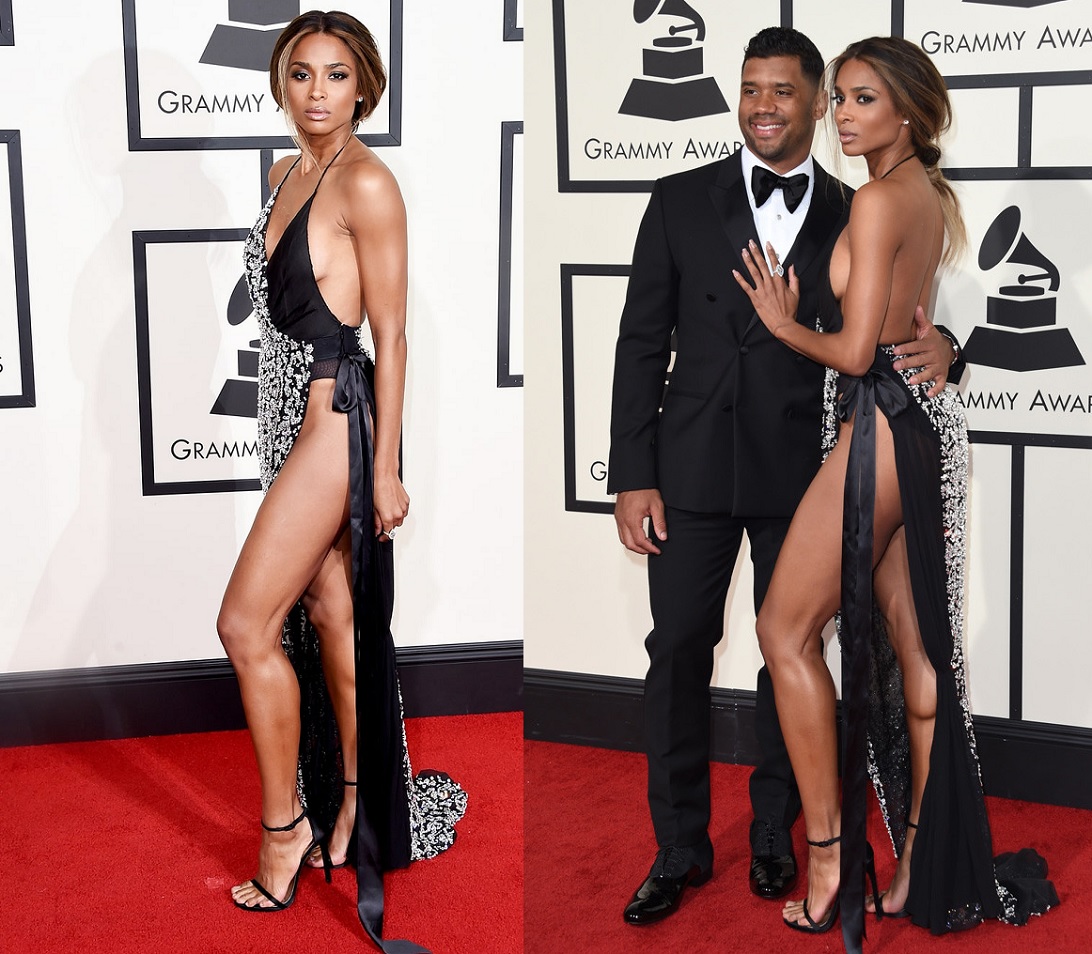 Ciara chose a bold piece by Alexandre Vauthier for her Grammy award look, which was by far the most sexy dress of all. Ciara wore her plunging, slit dress with black stilettos and styled her hair in a loose knot ponytail. 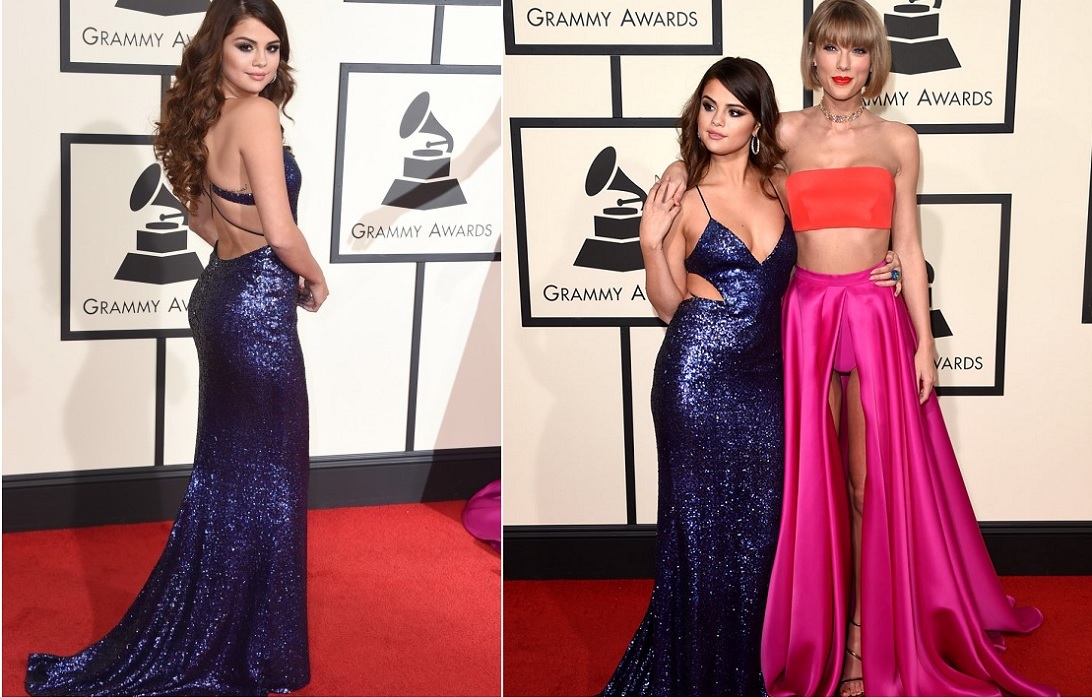 Selena Gomez didn’t leave her bestie’s side all night. She looked absolutely gorgeous in her sparkling blue Calvin Klein gown. Her subtle makeup and pretty curls complimented her look quite well, which easily made her a nominee on my list of best dressed celebrities in the category of Grammy Award 2016 dresses. 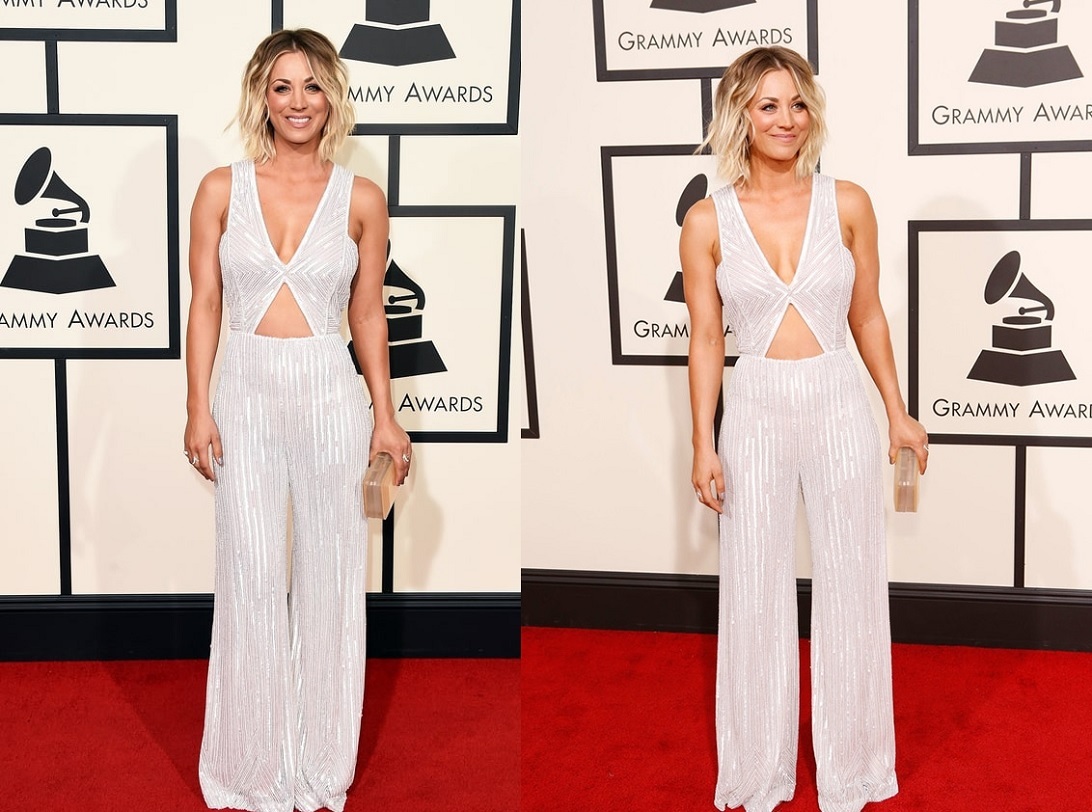 ‘The Big Bang Theory’ star Kaley Cuoco  rocked in her Naeem Khan cut out jumpsuit for her Grammy award look. She paired the dazzling white jumpsuit with high heels and a beige clutch to go with her classy dress alternative. I especially loved how she styled her lob in loose curls. 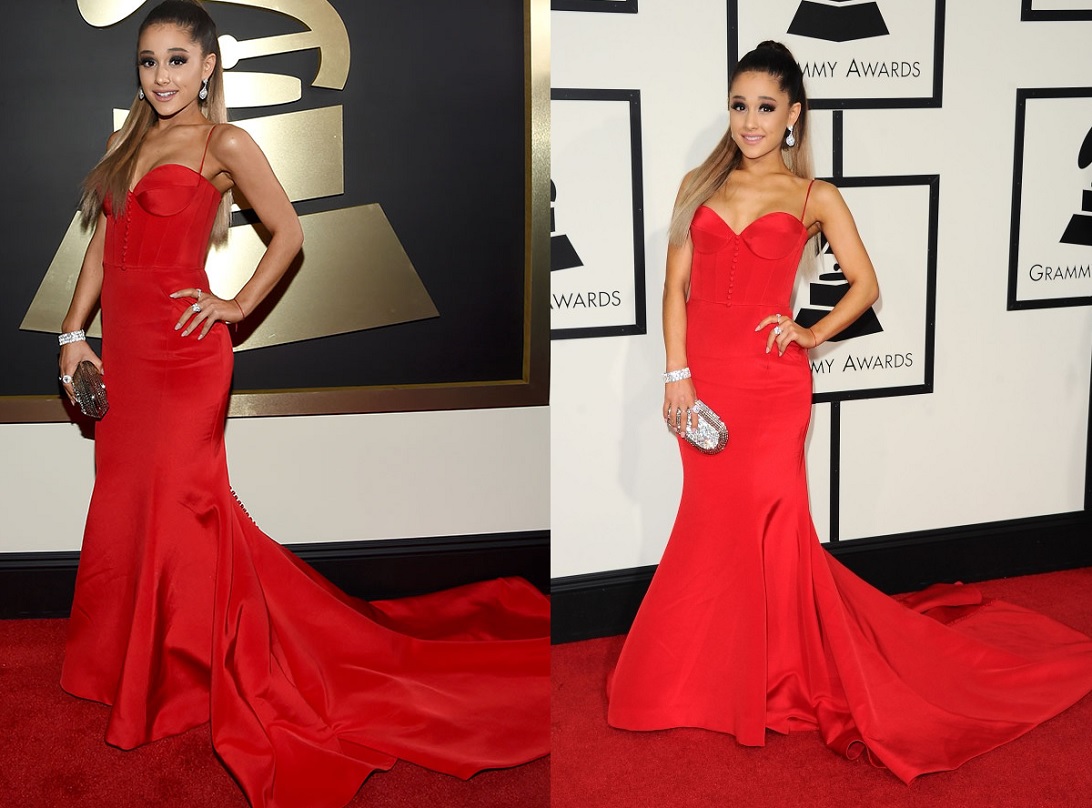 Ariana Grande channelled her sexy side by wearing a classy red gown by Romona Keveza for her Grammy award look. The 22-year-old wore a statement bracelet, ring and earrings.  Of course her hair was styled in her signature ponytail. 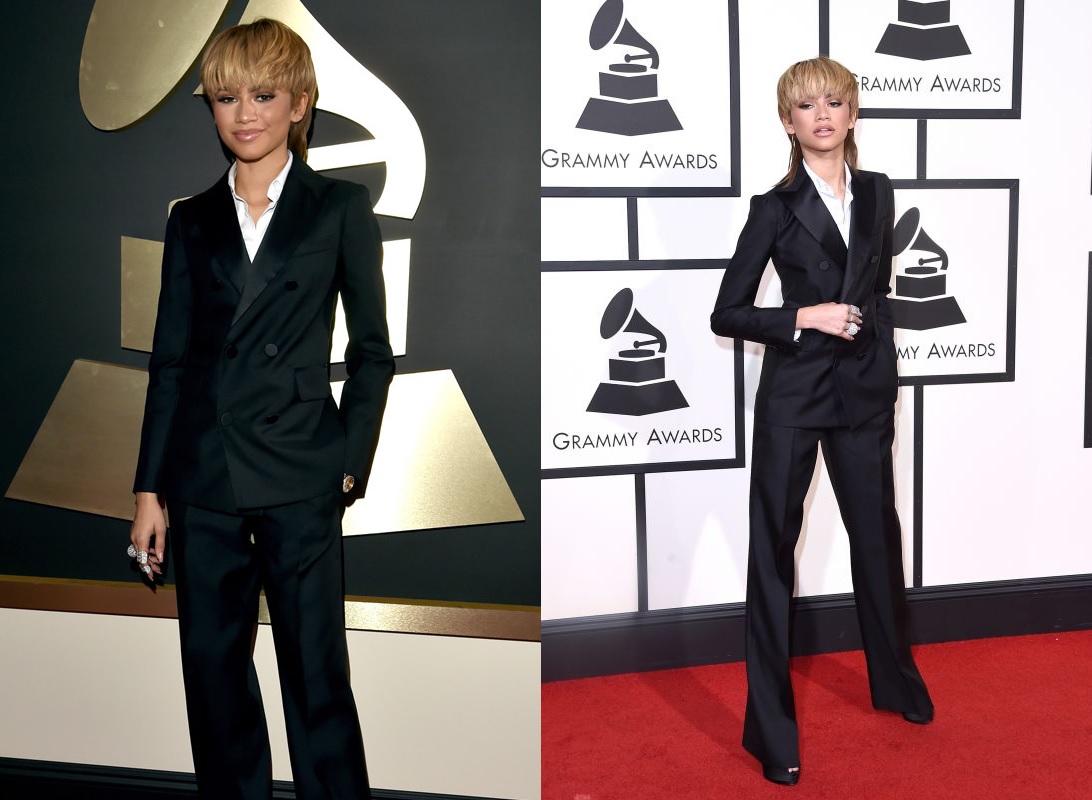 Zendaya proved that it’s not necessary to wear a sexy dress to look good on Grammy’s night in order to be labelled as one of the best dressed celebrities. Zendaya’s outfit was one of the most classiest and boldest of all the Grammy Award 2016 dresses. The 19-year-old certainly has a unique sense of style that reflects differently at every event. Zendaya completed her Grammy award look with high heels and her mullet hair was inspired by late David Bowie. 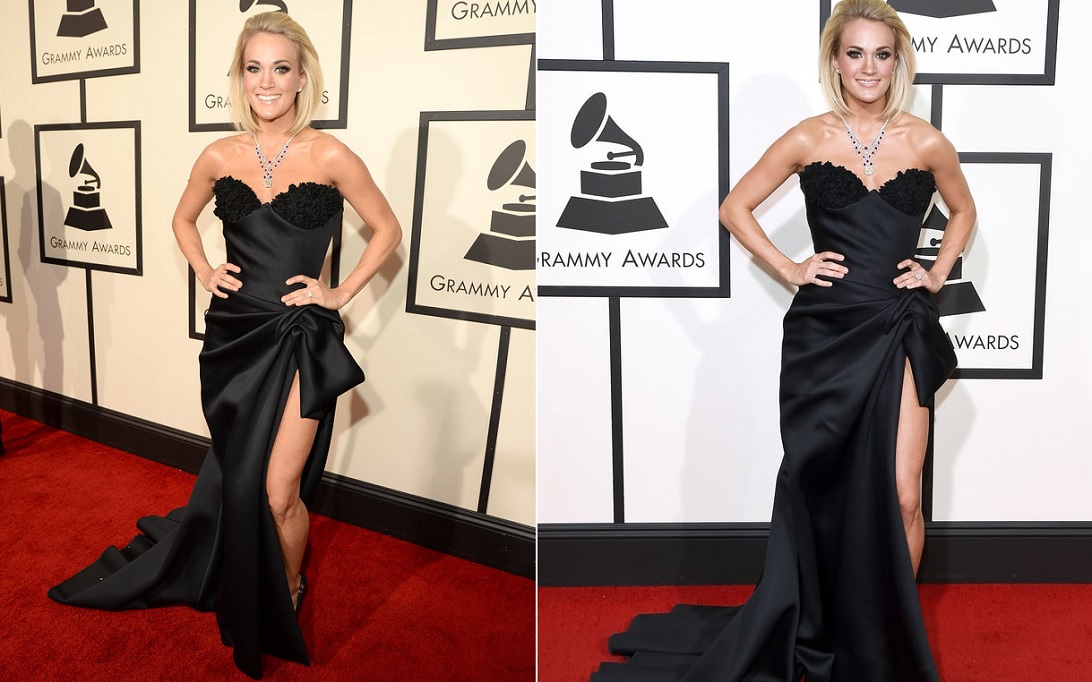 Carrie Underwood put up a mind-blowing performance on stage and looked fabulous on the red carpet. I loved her strapless satin black gown with extra detailing on the bust area. I love anything with a hint of sexiness so this sexy dress HAD to be on my list of best dressed celebrities . The singer completed the look with a statement necklace and high heels.

In case you missed it, here’s the list of WINNERS for Grammy Awards 2016. 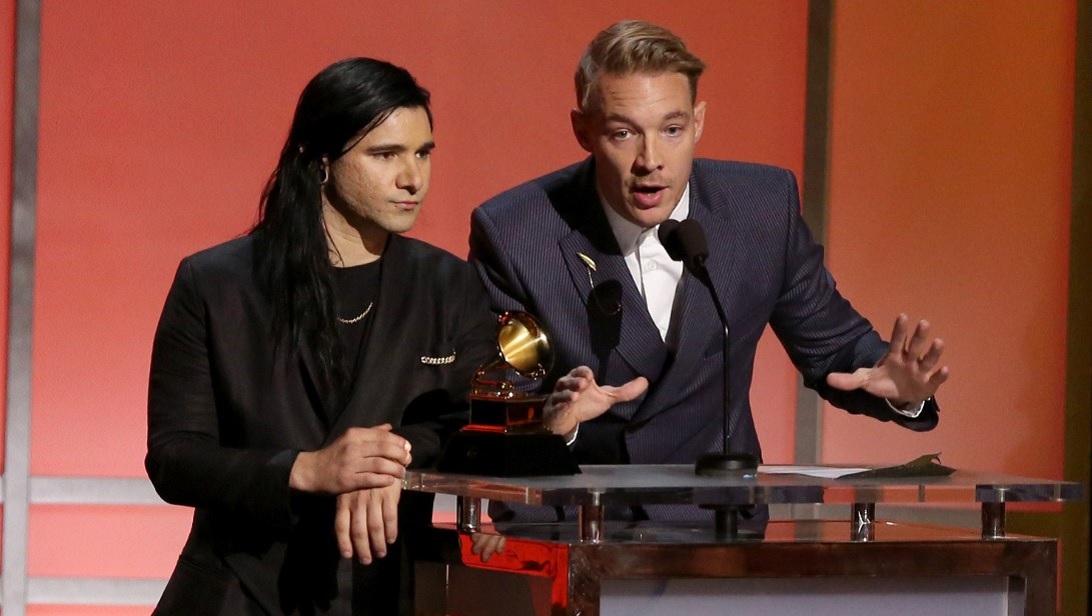 1. Record of the year

2. Album of the year

Where Are Ü Now – Skrillex and Diplo with Justin Bieber

To Pimp a Butterfly 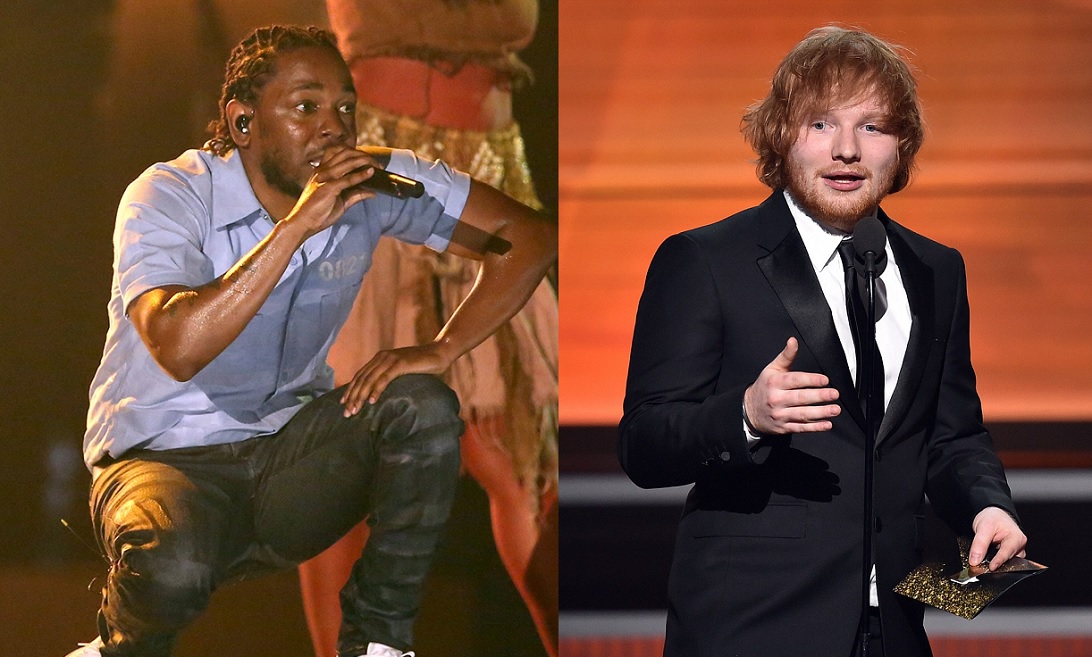 So which celeb was your Grammy Awards 2016 best-dressed celebrity? And did you enjoy the award show overall?